A Journey into the world of Beekeeping
2 Comments

Posted by wingless1 on November 11, 2015 in Uncategorized

Well, things are very exiting around hive central lately. We bought an olive grove. Yep, that’s right, a full on olive grove, with about 500 trees – I haven’t counted them yet, and for the moment will take the vendor’s word for it. Actually, the whole process of buying a new house is very jargony, where people selling are called vendors, the stuff that is not nailed down are chattels, and any communication between purchaser and vendor needs to be undertaken via a solicitor. There is EQC and LIMs and insurance and finance and all sorts of other hoops to jump through. What a far removed process from looking a man in the eye and an honour-bound handshake, however I am glad of the protection of law that the fine print supposedly gives everybody involved.

My garden of Gethsemane, about 500 olives of different breeds, mostly oil breeds

Anyway, so, we will be moving soon, which means moving the hives. I am not so much worried about Olive hive – they will probably feel right at home in the grove somewhere. I am worried about Apple hive – well, not about the hive, but about me. They got one of my helpers through his glove yesterday, even though the poor little begger was fully suited and and the hive well smoked. Those sadistic little pupae of torment would not react well if I dropped them or slipped, or anything really. I get a touch nervous just thinking about that hive, with the every present hail of bees that accompany any inspection. It is a shame really, for though she is aggressive, that hive is the best producing, and with the lowest mite levels. I do admire her spunk.

Knowing I would have to move them soon, I decided to remove a bit of the weight, and have taken 10 full full-depth frames off each hive, so two full depth boxes. I guess there is about 40 Kg of honey, perhaps more, from how much I was grunting and sweating. They can use 3/4 boxes now, which are much more manageable. My plan for the move, thankfully greater than their normal flight range, is to shift them one night, thoroughly strapped down. I will probably put them in the back of my trusty LandRover (Series IIA), and drive with my suit on. I think the Landy has enough resident spiders to take care of any escapees within short time, though a sting to the face while driving would distract me, so would be worth avoiding.

I have sold all of last years stock – so about 140Kg sold to the regulars, most of the rest given away, around 30Kg. My hives have now paid for themselves, and a little bit for maintenance, anything from now on is profit.

Shifting the chooks will be easier, once they are caught – as anybody knows, catching chickens can be tricky, as the following data shows: How to catch a chicken. I think I will just wait until they are in bed and grab them then. We have a beautiful run at the new place, which would take at least 30 chooks – plenty to scratch around and some primo looking dust bath sites, everything a chook would want.

It will be sad to leave our little patch of land, but I have reflected and come to the conclusion that the earth here is in a better state than when we arrived – perhaps not as tidy, but much more productive and healthy. I leave the land and mature trees in the caring hands of others now, hopefully a young family or retired farmer, and not one of those developer pillocks which smother the land in concrete and death, just for money. 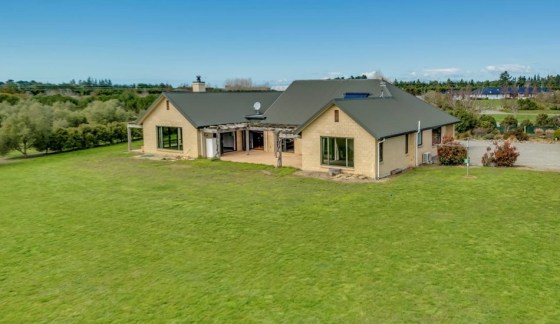 Our new house, we are very blessed to be able to get such a neat place.

← Spring has Sprung
Dark deeds, done in the dead of night →